The Revenue Of WHL Reached A New High In January 2021 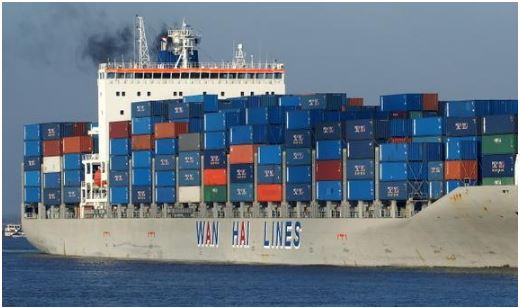 Benefiting from the continuous upsurge of freight rate, the revenue of Wanhai Airlines reached a new high in January this year. At the same time, Wanhai shipping also continues to buy second-hand container ships, accelerating the expansion of transport capacity.

Market insiders pointed out that the demand of the centralized transportation market continues to exceed the supply, so far there is no obvious sign of easing. It is expected that the revenue of Wanhai shipping in the first quarter will be higher than that in the fourth quarter of last year.

At the end of June last year, Wanhai air transportation timely rented seven container ships to expand the capacity of the US west line. In the second half of last year, it added a new route from the Far East to the US west line, which greatly increased the company's revenue every month.

January of this year is the peak of shipment before the Spring Festival. The market is generally short of transport capacity. The container dispatching capacity of Wanhai shipping is strong, and the volume of missing containers is small. With the help of some COSCO overtime ships, the proportion of COSCO with high unit price increases, and the revenue increases significantly compared with the same period last year.

On February 9, Wanhai shipping announced the acquisition of another 6030teu second-hand container ship. Since December last year, it has acquired 10 second-hand ships, three of which were purchased on February 3, 8 and 9 respectively.

In addition, Wanhai shipping also announced in January this year that it will order 12 3013teu container ships in Japan shipbuilding Union (JMU), each with a cost of US $47.1 million and a total investment of US $565 million.

In addition to expanding the fleet, Wanhai shipping is also accelerating the purchase of more containers. At the end of January, Wanhai shipping just announced that it would order 50000 20 foot containers from CIMC, with an average unit price of about US $2835 and a total investment of US $142 million. It is expected to deliver them in the second quarter.

On February 3, Wanhai shipping announced its plan to purchase 32000 more containers. On February 9, it announced that 30000 of them would be built in CIMC, and the other 2000 containers did not announce the trading partners and details due to the low amount of money.

Previous:CMA CGM And HPL Increase Fees In Northern Europe And The Mediterranean Next:German Air Transport Market Drops By 22% In 2020