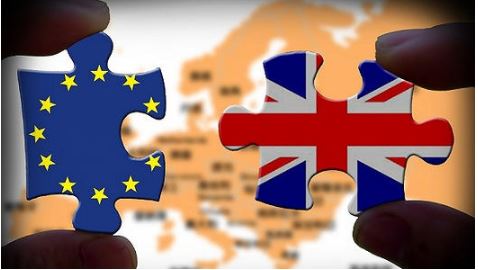 A survey by the British Chamber of Commerce shows that since the ratification of the UK EU trade and cooperation agreement (TCA) on January 1, 2021, nearly half of UK exporters are facing difficulties in adapting to changes in trade in goods.

The survey conducted a field survey from January 18 to 31, 2021, and received 1000 responses, mainly from small and medium-sized enterprises. Nearly half (47%) of the respondents exported goods or services

The purpose of this survey is to understand the extent to which it is easy or difficult for enterprises to adapt to changes in trade in goods and / or services and the movement of people within one month since the ratification of the agreement on Trade and / or services. Enterprises have the highest proportion of difficulties in adapting to the changes of trade commodities.

The survey found that overall, about a third of respondents (30%) said it was difficult to adapt to changes in mobile or traded goods in the first month of the year, while 10% said they found it easy to adapt to changes. 45% said trade in goods was not suitable for their business, and 16% said it was too early to say so.

However, the proportion of exporters (half (49%) reported problems) and manufacturers (more than half (51%) faced difficulties in adapting to changes in goods traded) increased.

When asked about the specific difficulties faced by enterprises, the problems usually mentioned include management increase, cost increase, delay and confusion about which rules to follow.

Commenting on the results, Adam Marshall, director general of BCC, said: "trading companies - and the opportunity for a strong recovery in the UK economy - are being hit hard by changes in borders.

"The delay in reaching a trade agreement between Britain and Europe has kept the enterprises in the dark about the details until the last moment. Therefore, with the implementation of the new arrangement, it is not surprising that so many enterprises now encounter practical difficulties on the ground.

"For some companies, these concerns exist and go far beyond mere" initial problems, "he added. Companies should not just give up selling goods and services to the EU. Ministers must do what they can to solve the problems within the UK's own control and strengthen ties with their EU counterparts to solve the thorny problems that hinder bilateral trade.

"If the UK sticks to its guns and implements additional SPS checks in April and comprehensive Customs checks on imports in July, the situation could get worse. These time scales need to be changed, and the support provided by enterprises struggling to adapt to the new trading environment also increases greatly. "

Earlier this month, the British Road Transport Association (RHA) sent a letter to Michael Gove, the cabinet minister, urging the UK to "intervene urgently to meet the enormous challenges facing key supply chains" following the trade agreement with the EU.

In the letter, Richard Burnett, RHA's chief executive, told gove that exports to the EU fell 68% last month compared with the same period last year. Worst of all, one in five trucks heading for the EU is returned because of clerical errors or the driver's inability to produce a negative covid-19 test.

Although the trade agreement between London and Brussels is a zero tariff agreement, since the end of the brexit transition period at the end of December last year, this has led to the emergence of new non-tariff barriers in trade with the EU. Transporters are faced with a lot of paperwork, including customs declaration, which makes trade more complicated and the speed of goods circulation slower. The letter stressed that there is an estimated shortage of 40000 customs agents.

"Before December 31, 2020, we have repeatedly warned that there is a lack of clarity as to how the new arrangement will work and that transporters, traders and manufacturers are confused because they do not have enough time to prepare," Burnett wrote.

"Since the transition, we have made unremitting efforts to prove the destructive consequences of these changes, but it is clear that the government has not done enough to solve these problems."

He said the problems included a lack of customs brokers, with only 10000 in place, compared with an estimated 50000, and accused the government of ignoring the proposal to meet with the affected companies. "For the sake of clarity, the current situation should not be considered as a consequence of the epidemic," he said. "If there is any difference, the absence of a pandemic will make the situation worse because the volume of trade will be greater."

Previous:India Will Comprehensively Adjust Its Tariffs In 2021 Next:U.S. Container Imports Are Expected To Set A Record In 2021